A Girl of the Limberlost ~ Review 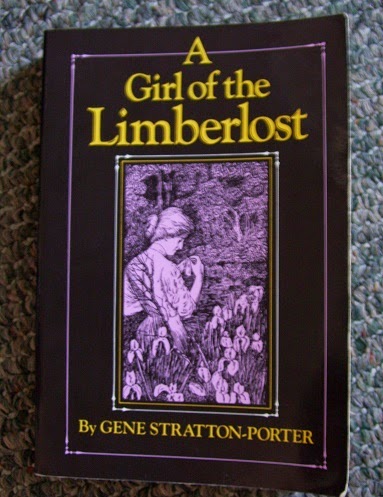 I recently read the book " A Girl of the Limberlost " You know you have found a good book when you can crawl into the book and become the main character. That's what happened to me with this book. I became Elnora, a poor girl that has a Mother that seems to care about money more than her only child and doesn't realize how cruel she is by refusing to pay her own daughter's expenses even things like school fees. With her Uncle's support Elnora sets out to make money by gathering moths from the depths of the Limberlost swamp so she can pay her school tuition and her personal expenses.

Elnora's High school is bit more challenging than she thought it would be, she simply doesn't fit in and one of her teachers even misspelled her last name Comstock for Cornstock, though she soon wins over the girls hearts at her school with acts of generosity and thoughtfulness, though her life might be hard at times it is soon filled with plenty of surprises as an orphan named Billy visits Elnora, whether he is found jumping on dogs or yanking out a turkey's tail Elnora is busy with Billie's tendency to be bad without knowing it and his love for cookies.

Life in the Limberlost changes for Elnora as her new found love for playing the violin takes place, including a dramatic change in her Mother, Elnora learns to forgive as her Mother finally realizes what she is doing to her daughter.

Soon Elnora meets a young man that because of his illness has taken to the country side, because of his love for collecting moths he spends numerous afternoons helping Elnora, but as the year ends some unexpected circumstances arise. Everything eventually works out, and the book ends in a very satisfying way.
Posted by Little Bits of Lovely at 5:09 PM